Serial Number decal on a Dual Rectifier head. The Chassis and the Cabinet.

Important to distinguish between the two when looking for your serial number. Mark V Serial Number Location.

Walkabout rackmount unit with serial number decal on the underside of the amp towards the rear. Titan bass amp in it's head cab. Some bass amps built into head cabs with serial number on the bottom of the amp will require being removed from the head to see the serial number decal. Mark IIB amplifier with tech initials and assembly date on the underside of the amplifier between preamp and power tubes. Subscribe to our mailing list. Archive Stamped into the rear panel underneath the speaker output jacks. Stamped into the rear panel near the Mesa Engineering logo on the back panel.

Reverb was optional, and not present on many early Boogies. It had two cascading gain inputs and its controls were Volume gain 1, Volume gain 2, Master, High, Middle, Low, Limit or Presence depending on the version. There was also a reverb option which replaced the Middle knob with the reverb control knob.

These amps had a point-to-point wired power section and had large transformers with great headroom, even in 50 watt trim. SOB chassis were shared with other heads, but had different front and rear plates. The Mark II introduced channel footswitching. It was also available as a head a standalone amplifier , which could be hooked up to a number of different speaker combinations, although a 1x12" cabinet was the most common.

The new footswitching system relied on a relay, which made an audible popping noise when switching modes. The reverb circuit was also noise-ridden on some models. The reason for using a fetron was to address some of the problems associated with microphonic 12AX7 tubes in a high-gain situation; its use was later discontinued as newer production tubes were able to withstand the extreme conditions within the amplifier. The Mark IIB is credited as the first guitar amplifier with a tube-buffered effects loop. However, the loop was placed between two critical gain stages, and tended to overdrive some instrument level effects, and also caused volume pedals to act as remote gain controls for the lead mode.

In a simul-class amp, running all four tubes generates approximately 75 watts RMS of power; running only the class A tubes produces about 15 watts. Also available were non-simul-class Mark IIBs in both a 60 watt version and a watt version that allowed shifting down to 60 watts by turning off a pair of power tubes. The two input jacks on the front panel are marked "Input" and "Foot Switch. The Mark IIC featured a quieter footswitching system based on optocouplers to reroute the signal, and a new mod to the reverb circuit.

The reverb modification involved resistor swaps and a change in ground lead placement. The Mark IIC also featured a new Pull Bass shift on the front panel, which slightly extended the low frequencies in the preamp. Unlike earlier Mark II models, pedals configured for instrument-level input signal could be used without the amp's signal overloading their inputs.

Indeed, the mark itself can be forged. It introduced a third channel, a "crunch" rhythm sound right in between the rhythm and lead channels. This amp has a dual footswitch system: The two rhythm modes share all of their controls, while the lead mode only shares the rhythm modes' tone stack , featuring independent gain and master volume controls.

Most Mark IIIs have presence and reverb on the back except for long chassis' unless not desired by the buyer; Graphic EQ was also optional all in either head or combo format. Each revision had a slightly different voicing, but identical functionality. Mark IIIs contain either four or five 12AX7 tubes in the pre-amp section, depending on if they have the reverb option.

These are distinguished by either the absence of a marking, a black dot, or a black marker stripe above the power cord entry. This resulted in the first pot being labelled with Volume 1 in instead of the later Volume label. Furthermore, the pull function label above Middle knob was hand-etched onto the face plate resulting in a slightly different look than the other labels on the faceplate. Towards , a new PCB revision was installed which enabled an additional component to be switched on when R2 was activated.

How to Determine the Age of a Mesa Amp

This board was re-used in the Purple Stripes, although with a different revision number and different lead circuit component values. The power circuitry and presence cap remained identical to the previous stripes however. The lead channel was voiced so brightly, it is considered to be the most aggressive Mark Series Boogie ever introduced. Mesa ultimately ended the Mark III's production since it overlapped with production of its successor, the Mark IV, which was introduced in Mark IIIs were still in steady production around , and finally ceased as late as , 11 years after its launch.

The "crunch" channel is designed for use by hard rock and heavy metal rhythm guitarists. There were two versions of this amp. Mark IVs built from the start of production until about September are referred to as version A; amplifiers made from late until the end of production in are known as version B. Early Bs have an attached power cord, like the A version. Version B has switchable reverb, a single switchable stereo effects loop, and an output to drive another power amp. Its voicings are altered slightly. Both versions are highly regarded; production of the Mark IV ceased in The Mark V was introduced in early Much like its close cousin, the Triaxis Preamp, it features many voicings based on previous Mark Series amplifiers.

It has three distinct channels, each with their own pre-gain three band tone stack, gain, master, and presence controls. 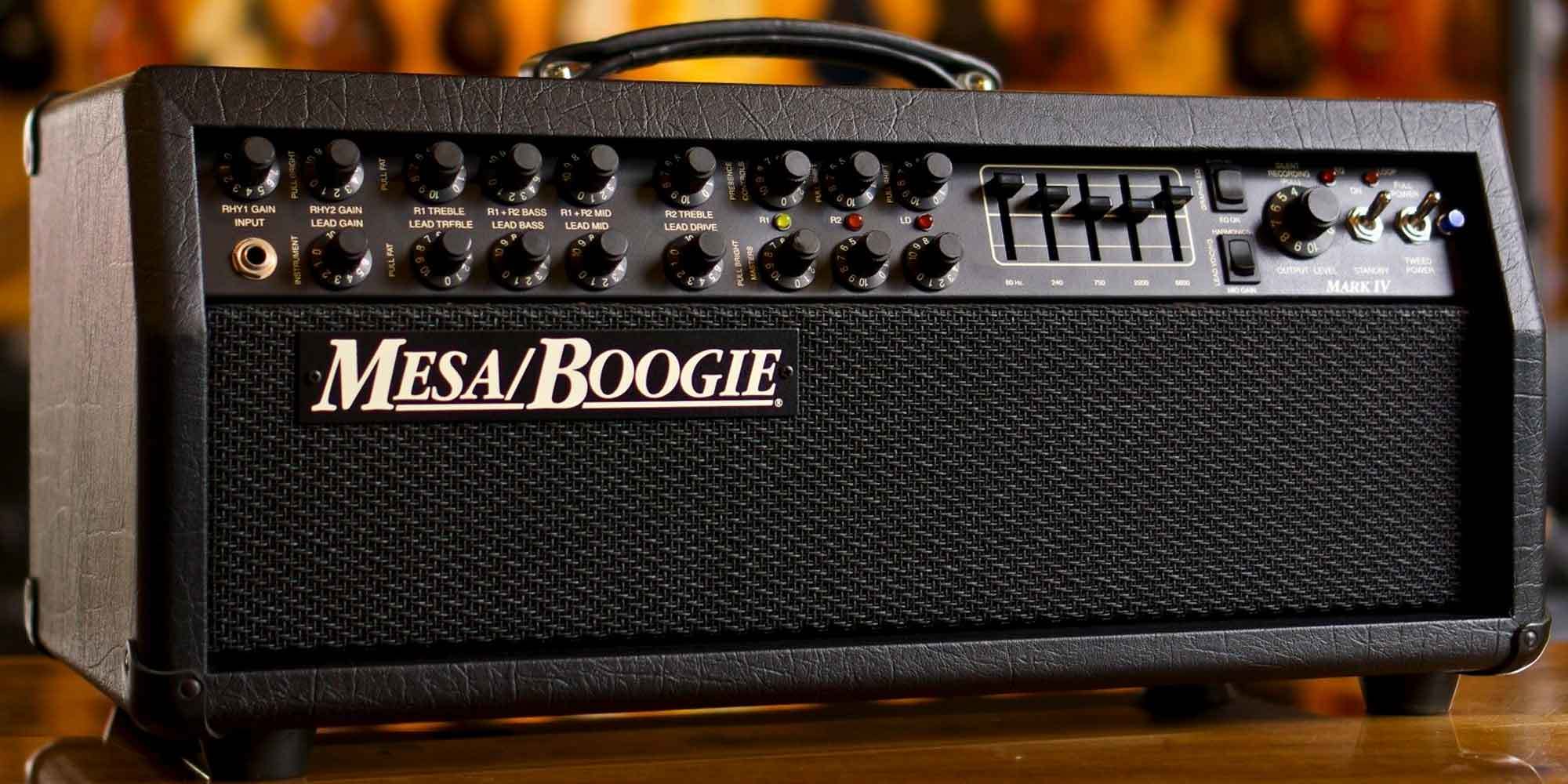